Love God through developing prayer throughout Iowa, and to love neighbor by developing relationships between Christian ministries and networks for an incredible harvest of souls for Jesus Christ.

On April 13th, 2002, Christians from 17 Iowa communities attended a six hour meeting in Des Moines to seek the Lord Jesus Christ on what He wants His church in Iowa to do and how He wants to use us in reaching our cities for Him.. Those who were invited were pastors, lay leaders, intercessors, and others who have a burden for “city-reaching”, and many who had prior experience in organizing citywide church events, such as March for Jesus, Promisekeepers, National Day of Prayer, etc. The response from our meeting was unanimous and enthusiastic, and something was definitely launched in this city-reaching and state-reaching effort.

We concluded at this April 13th meeting that we should seek to implement the Lord’s two Great Commandments (Mk 12:28-33, Mt 4:10, 1Jn 3:14-18), loving God and loving neighbor in two practical, even popular and widely recognized ways.

The first, in collectively loving and worshipping God, is to establish a House of Prayer in every city, following the example of the Kansas City 24/7 International House Of Prayer. The House Of Prayer is sponsored and overseen by many churches working together, and is conducted by musicians and prayer leaders sent and commissioned by their local pastor. It is “intercessory worship”, ministering to Jesus in intimate worship, singing or praying Scripture and holding up before the Lord the needs of the community and the Body of Christ. Each House Of Prayer is autonomous, under the direction of the Holy Spirit and the shepherding of the local churches. As of January, 2012, there are now 20 Houses Of Prayer started in Iowa that we know of: Ankeny, Arnold’s Park, Cedar Falls/Waterloo, Cedar Rapids, Cherokee, Council Bluffs, Creston, two in Davenport (Quad Cities), Des Moines, Fairfield, Ft. Dodge, Grinnell, Iowa City, Marshalltown, Mason City, Muscatine, Sheldon, Sioux Center, and Sioux City. At this time, 20+ more cities in Iowa are considering starting one.

The second, in loving our neighbors, is to evangelize our state in pursuing development of such things as the Lighthouse Movement , coordinating churches together to evangelize entire neighborhoods. We want to learn how to love as Jesus did, outside our church buildings, developing friendships in order to become effective witnesses for Him. Coordinating this on a citywide church level can produce more positive results in reaching a whole city rather than through independent efforts. We also saw the need to expand our efforts in the areas of prayer-walking, spiritual mapping and subsequent strategic prayer, and other citywide church events that the Lord would inspire. “Prayer Patrol” is a new concept we are developing in praying with strangers we meet during prayer-walking journeys conducted on a regular basis, and to practice prayer with people anytime, anywhere. Developing relationships with Christian leaders in the 7 mountains of our culture – religion, family, government, education, arts and entertainment, marketplace, and media – would be for the purposes of seeing the Lordship of Jesus Christ come in every area of society. At the January, 2012, conference of the Iowa For Jesus Network, “Operation Refuge – Making Iowa A Place Of Refuge”, was officially launched in creating a massive organized statewide effort to get ready for difficult days ahead our nation will be facing in economy, environment, and terrorism.

To facilitate this statewide effort, a website was developed, www.I4JN.com, utilized by many Christian networks for communication and announcements. Acting as a statewide “bulletin board”, it becomes a source of information for the purpose of encouraging and drawing the Body of Christ in Iowa into unified, statewide worship and ministry before the Lord. We encourage you to register your name with the website so you will receive periodic notifications of special and important events happening in Iowa. The word the Lord has given Iowa through many prophetic voices is, “If you build it, He will come.” (taken from the movie, Field of Dreams, which many see as a prophetic picture of what the Lord is doing in Iowa.) Therefore the purpose of our unity is so that He may come, bringing all that His Presence always accomplishes – salvation, healing, deliverance, and every good thing. 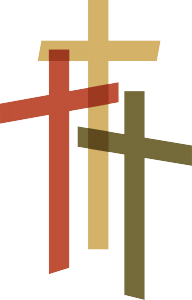